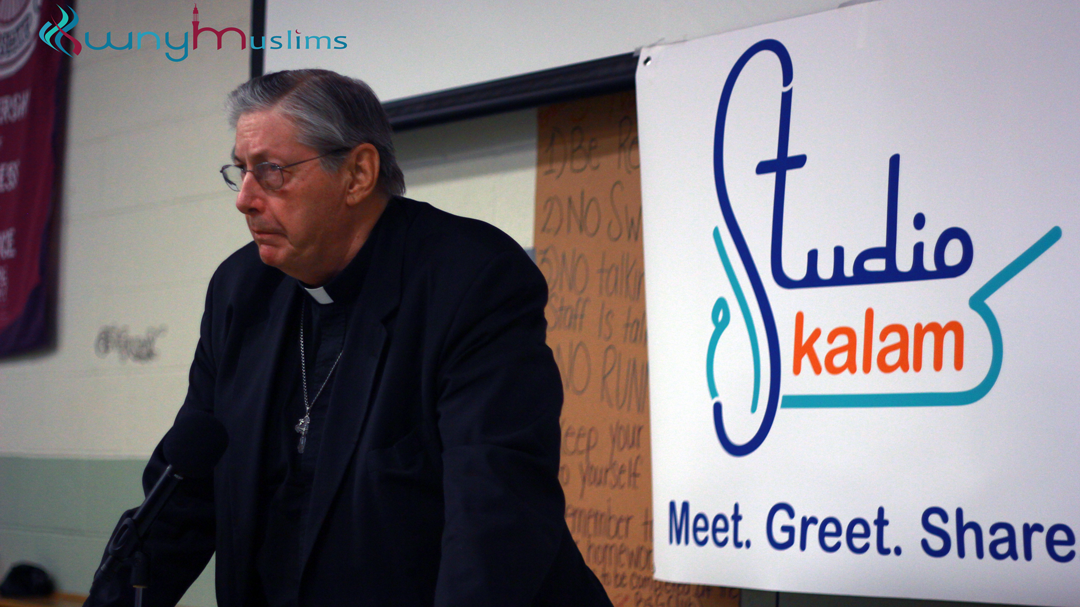 Last Thursday, WNY Muslims held there second ever Studio Kalam at The Boys & Girls Club on Bailey Ave in Amherst.  Guests were greeted at the door with a free bag of dates, which has served as a staple food in the Middle East for thousands of years, several pamphlets to learn more about WNY Muslims, and a ticket for a chance to win one of several door prizes at the end of the night.

The event kicked off with a prayer and an ice cream social. Attendees enjoyed free ice cream as they made their way through the shopping bazaar and mingled with friends and family. The bazaar featured an array of goods; from freshly home-made naan and kabob, to homemade cup cakes adorned with the Palestinian flag, guests had a plethora of food to eat and items to check out.  Local screen printer, Pasha Syed of Green Dome Designs prepared his silk-screening set up for the guests to watch his designs onto t-shirts.

Later in the event, folks made their way to the podium for open mic.  Speakers recited poetry, spoke about their local businesses, and held conversation with the audience.  People of all ages enjoyed a game of jeopardy, where a crowd of excited youngsters shouted out the answers to win the game.

By the end of the night, three $20 gift certificates to Zettis Pizza & Pasta as well as other prizes were given away to a few lucky winners.  WNYMuslims hoped for all of the guests to fo home that evening with a reminder of Studio Kalam-whether it is a bag of dates, an item purchased from the bazaar, one of many giveaway prizes or even a pamphlet, they aimed for no one to leave empty handed.

The next Studio Kalam is in the works and will be announced soon.  To get a glimpse of the event, check out the photos by clicking here!